Bearing with one another, and forgiving each other, whoever has a complaint against anyone; just as the Lord forgave you, so also should you. (Colossians 3:13)

About two years ago, several days after my birthday, a police officer pulled me over. He said my car registration had expired and I was driving 50 mph in a 40 mph zone while raining.

While I didn’t think the speed he stated I was going was accurate, my car registration was expired. I just completely forgot to renew it on time.

He gave me a warning for the speed and told me I had to go to court and show proof of my registration renewal and I would be okay. He didn’t give me a ticket for either infraction. I was guilty, but that day the officer showed me grace. He didn’t excuse or condone what I had done, but he made a decision to let me go in spite of what I had done.

This example compared to the deeper challenges we may have to face. Like infidelity from a spouse, an unruly child, or a friend who has betrayed you. Extending grace can be easier said than done.

It may be hard, but the principle of giving someone something they don’t deserve is exactly what grace is all about.

This is exactly what Christ extends to us every time we sin and seek repentance. He gives us another chance. He never turns us away, stating our mistake, our sin. No mess up is too great for Him.

Grace says you are guilty but pardoned. Not excused. It says I release you from the wrong that you did. There are some people who we may believe don’t deserve our grace. But God says, we are to extend grace anyway.

Grace is a challenge. It requires a balance of letting go and not allowing yourself to be walked over or mistreated. Sometimes, our fear of grace is that we will be looked upon as weak.

It’s not easy to forgive a cheating husband, a lying family member, a mean and spiteful boss, a gossiping neighbor or a stranger who committed wrong against you or a loved one.

Those who need our grace—our forgiveness or another chance are often times those we love the most.

Giving grace doesn’t mean you give someone permission to hurt you over and over again. It doesn’t mean you excuse or condone things that were said and done to you, it means you choose not to hold the wrong they did against them.

It means you choose to give them a new slate, even if they don’t deserve it.

It means you choose to forgive. It means you pardon them. The definition of pardon is an act of officially saying that someone who was judged to be guilty of a crime will be allowed to go free and will not be punished or forgiveness for something.

Today, If you are tempted not to pardon them, to forgive them, or to give them a new slate, think of what a little more grace can do. Think of what grace has done for you.

Novia Reid is a Miami based inspirational and transformation speaker, author, licensed clinical social worker and founder of Inspire.Encourage.Equip.,LLC. 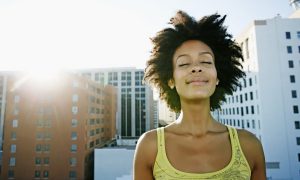 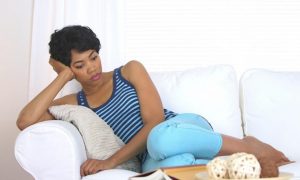