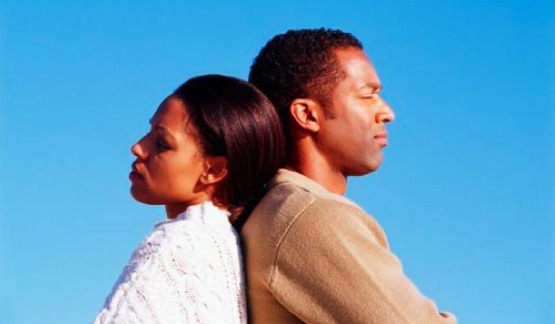 If you’ve ever been in ungodly relationships, you know that no matter how right they feel, some relationships are better left in the past.

Let me say first, that God ALWAYS presents the truth to us. Always. He doesn’t leave gray areas of uncertainty.

His Spirit shows us, if only in small glimpses sometimes, what we are walking toward. We are given ample time to either move forward in His will or  to jet in the other direction away from trouble.

I was headed for trouble and I knew it but I kept walking toward it. I had asked God months before to release me from what had been on my mind heavily for days. God had released me from him. We hadn’t spoken in upwards of four months. But here I was thinking about him, missing “that old thing.” I kept telling myself to let it go but one day before I could talk myself out of it, I texted him.

That text was the beginning of a spiral so quickly moving downward that by the end, my head was spinning and I was dazed. We texted each other every day for weeks like no time had passed between us.

I made sure to make mention frequently of my growing connection with God and my celibacy standards according to my faith. He didn’t really respond. I glossed over that telltale sign thinking, “Oh, he understands. He seems like he’s changed, anyway.”

He hadn’t changed because two months into us talking again, we ended up breaking my vow of celibacy. I say WE because I was there. I was a willing participant. I had abandoned my standards for the affection of a man who never respected me or my standards to begin with. Silly me.

I was overwhelmed afterward, knowing what we had could not continue. He wanted sex and I wanted him but I wanted my relationship with God more. I also knew I had failed God and myself in a promise to honor my temple.

How had I gone so wrong?

A moment of loneliness caused me to suffer such heartache, pain and guilt and it was my fault. I cried for days and felt like I had failed miserably.

But in the midst of it, my sister counseled me wisely:

“You made a bad decision but you repent, ask God’s forgiveness and don’t make the same mistake again. You have to know that you are worth more and that you love God more than to give yourself away to any ol’ body.”

Yes, sometimes we do fall into sexual sin because of our own unchecked emotions and feelings or because of issues from our past but those isolated mistakes do not have to define us. We can get back up if we truly ask forgiveness of our sins, find out why we fell, adjust our behavior and flee the things that caused us to fall. We CAN be overcomers. (even from ungodly relationships)

I am a witness. I was wallowing in the guilt of a bad decision while God was trying to show me that my worth is in Him, not random relationships.

I asked God for a way out… AGAIN. And He obliged. I made it clear to my ex that I held no hard feelings but I did not want to keep in touch.

I couldn’t keep in touch.

I couldn’t continue any form of a relationship with someone who had no regard for God or my decisions concerning my body.

I couldn’t continue in a relationship that would tug on my carnal nature and never feed my higher, spiritual nature.

He tried contacting me multiple times since. They WILL try you, you know. Just to see if they can shake you from your decision. But this time I did not budge.

It’s hard sometimes, making the choice to follow Christ instead of our desire for affection and attention. No matter how holy or saved we are, if we are honest with and about ourselves, we want to feel wanted.

We rationalize why this guy isn’t so bad even though he doesn’t have a relationship with Christ or honor your commitment to Him. We force ourselves to believe that he really is a good match and that “relationships are all about compromise.”

But we stress every day wondering if we’ve made the right decision, secretly knowing that we didn’t because God already revealed this man’s heart to us and the outcome of the situation.

Sometimes we don’t want to know what we already know so we suppress the truth because if we don’t we’ll be compelled to face the part we’ve played in our coming undone.

So we keep trying to “make it work” by sacrificing our standards one by one until we one day, we look in the mirror and can’t even recognize ourselves anymore.

I have been that girl/woman more than once. The enemy uses the guilt to try to keep us in that place of turmoil and sadly, many of us fall for that trick.

I had to ask myself some hard questions like, “Are you willing to forfeit your temple, your relationship with God, your self-worth for the attention of a man who values NONE of the above?”

Now, I have to pray daily that whatever emotions I have, whatever feelings may ever begin to rise for the next guy that comes along, I’ll be able to keep myself in line with God’s Word and will.

I tell God all about the guy I am interested in and hand over all my emotions to my Creator asking Him to guard my heart until such time as He sees fit to release me to the man of His choosing.

In the meantime, I’ve found myself joyful (and BUSY) moving forward in my purpose, working on ME. I have made a habit of pouring my heart out to God, even in the times when I don’t know what to say. This keeps me on my path.

In the moments when old feelings would try to creep into my spirit, I’m fortified and protected by the remembrance of my past mistakes;  where they left me as well as the bright hope of Christ-centered love that awaits me.

I must keep my heart and temple guarded and just continue on this path of clarity, walking in the things of God and steering clear of ungodly relationships. 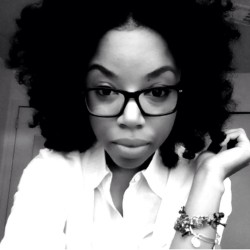 Ashley
Visit her at AshleyJH.com