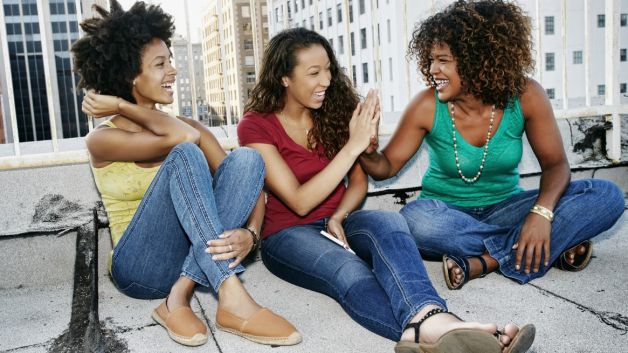 The last 2 years of my life have been a hurricane. I moved away from home because of family issues.

I had to move to a totally different environment. It was with family, but I always felt like an outsider.

The hardest part of the struggle I was going through was that the year it all went south, I had just started to pray and fast.

I participated in my very first Daniel Fast and shortly after the fasting was over, all hell literally broke loose.

All the same I did not give up on God and ran straight to Him for rescue and solution.

I was in a job I hated, got several interviews but none of them worked out. I was bitter, angry, felt wronged. My faith was not always at its strongest, but I fought many mental and spiritual battles with consistent prayer and supplication.

After about a year of turmoil, my life began to make a change for the better. I read Christian books and blogs that encouraged me not to complain but do my best in the situation I was in. I fought my own negative mindset and did my best where I could, with the help of my Savior.

About a year after all the upheaval my life started to get back on track. I applied for a job that was never advertised and I got a call back! When I went for the supposed interview, it was not an interview but merely my future boss explaining to me what would be expected of me. I started this job, with exactly the same starting salary I had requested which was three times more than my previous job.

2013 ended on a good note, almost all my prayer request were answered, those for my own life and for my loved ones.

This made me afraid for 2014; I was afraid that after all the miracles God had worked in my life during 2013, there was nothing left for 2014.

I started the year 2014 with the usual 21 Day fasting, but I was a little discouraged and afraid. I was afraid God would not perform more miracles in my life. As if God has  a limit to the blessings He has in store for us! I fought my lack of faith, prayed for forgiveness for it and still prayed and hoped for a better year than the previous one.

A few months into the year and the miracles started rolling in! I got an amazing job offer, again for a job that was not necessarily advertised. One of my long standing wishes since I had moved away from home two years ago was to be independent and live in my own flat. The new job came with a fully furnished flat that was paid for!

I have been blessed so much more than I ever thought I could be. God has truly taught me that His ways and plans for my life are so much better than I could ever hope or imagine.

I would just like to encourage anyone that is going through a tough time to run to God. He is our refuge. Pray without relenting and ask for His will to prevail.

Just over two years ago, my world literally crumbled all around me, but my God has restored me, just as He promised. His word is ever faithful. Speak His promises into your life, regardless of the situation and trust me, all things will work out for your good because you love the Lord.

When I left home I was distraught but the place where I moved to led to my being recommended for the job I am currently enjoying.

The seemingly bad circumstance worked out for my good. Romans 8:28 has rang true in my life and will do so in yours too!