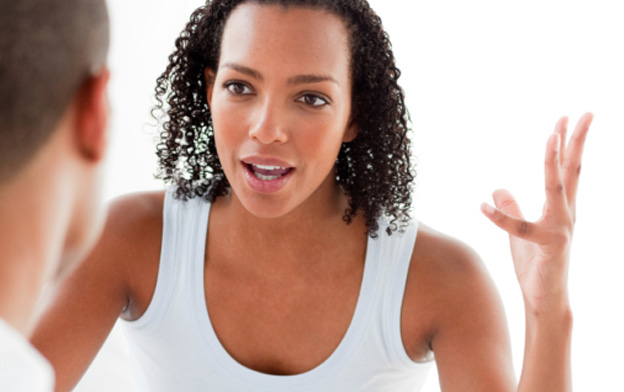 My husband and I have only been married for a little over a year. The 3 yrs before while dating he put me through everything a woman could possibly go through. He was addicted to drugs, cheated on me and left me several times. All the while I was a faithful and good woman who was always there when he needed me. After our last break up I finally moved on (or so i thought) and dated a man who would have been the perfect match for me. But I couldn’t love him. My husband, (not married at the time) told me that by losing me, he finally realized how much he loved me. He was arrested for drugs and put on probation. And I married him because I truly believed all the promises of how he would spend the rest of his life making up for all the wrong he had done the previous 3 years. I know that God put us together. But at the time I wasn’t serving God wholeheartedly. So the first year of our marriage was amazing. He truly was my dream husband. at 38 years old He stayed clean for the 1st time since he was 13 years old. All that changed about the time he got off probation, and I decided to sell out to God. I wasn’t expecting my husband to have the desire to serve like me, but I believed through prayer he would come to know God like me and we would do great things for the Lord. Well he slowly started using drugs, and caused me to question him, which caused arguments the last few months. As I got closer to God, he got further out in the world. a few weeks ago after telling several lies that really hurt me, he said we were heading in different directions and he couldn’t be that good Godly man he promised me when we married. He said he had always been bad and always would be. He left me 22 days ago. I have gone through the worst hell imaginable. I’ve cried and begged him to come home, I’ve been mad and told him what I thought about him, and just this last week I found out he has already cheated on me. Here is my problem, He admitted to me last week that he wasn’t saved. And I truly believe in my heart God put us together for me to lead him to Christ. And now it seems like I am battling all the demons of hell to get to him. He ignores me when I call. I can see on phone records that he has been talking to her. He says I deserve a better man than he can be. I keep telling him that if he would allow God to change him he would be forever changed into a good man. He said in our vows that he loved me because I never tried to change him, and that is why he changed for me. so that I could have the husband I deserve. Now he has broken all those vows. I should hate him for what he has done to me and is doing to me now, but I can’t. I know what God can do for him if he just lets Jesus in his heart. I feel like in all this God is teaching me faith and total dependence on Him, and that if I just trust my husband will be saved, and we will be happier and stronger than ever before. I just ask prayers for strength and faith for me and for him to allow God to open his heart, and eyes. I also welcome any suggestions. Thank you and God bless.

I’m having the same spiritual warfare against the devil for my husband of 16 years. My husband was saved through a church but he still clings to his old lifestyle of coming and going. I’m standing for my marriage however long it takes. I’ve prayed until my head feels like it will explode. I’ve been on my knees more than my feet. I’ve cried enough tears to fill the Mississippi. I see all the terrible horrible mistakes I made that bright me tho this point. My husband thinks he’s faultless on the breakup of our marriage. I’ve even been told… Read more »

I too am going through this exact thing. I have been married for almost 3 years now and most of that my husband was in prison. He has been a “bad boy” since he was 15 years old and has used drugs on and off since then. I love him so much and I pray for him and his salvation every day. He too tells me that him leaving is not my fault and I deserve better because he will always be a mess up. He does not believe in himself and I don’t even know if he has been… Read more »

You could put my name at the top of this article because it is my life right now. I pray for his salvation and out marriage. But prayer is all I can offer. The choice is ultimately his. [email protected] is my email. Some direct communication would be great right about now.