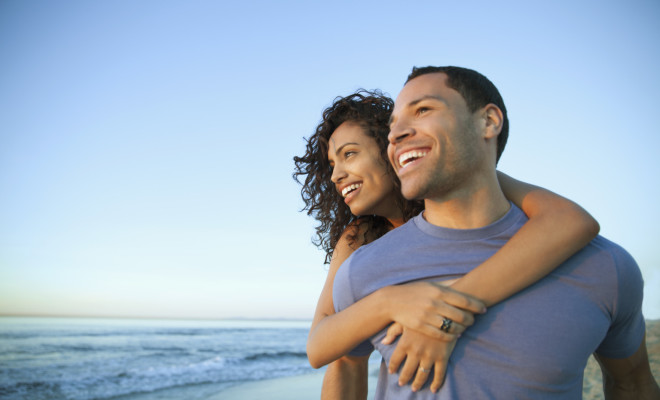 I know he loves me, I just wish he’d treat me better sometimes.

Maybe it’s not the best relationship, but what’s the alternative? No one else is asking me out.

What if I can’t find anyone better? At least I’m not alone.

Ever had these thoughts about someone you are dating? I’ve been there. Too many of my friends are finding themselves there now too.

I can’t say that I’m an expert on relationships, but if there is one thing that I feel like God taught me during my dating years (and it took about three years too many for me to learn this) it is that you should never settle for less than God’s best.

I’ve read many books about relationships and Christian dating. My favorite one by far is Choosing God’s Best by Don Raunikar. His views helped me establish my own standards regarding marriage. I decided that I wanted nothing less than God’s best for me.

What does that mean?

It means if you have doubts about the relationship, if your significant other doesn’t treat you with the upmost respect, if you argue more than you get along, if you constantly find yourself defending him or her to your friends, then end it. I know that sounds harsh, but let me explain my theory on Christian dating.

I do not believe in “soul mates,” necessarily. But I do believe that if you are seeking God’s will about who you date, He will lead you to someone that is a true fit for you. I don’t mean that your future spouse will be perfect or that you will think alike or always agree on everything. That will never happen. But I do believe that if you seek God’s guidance, He will lead you to the person who is going to be the best match for you. I believe that God pairs us up with people that complement the gifts, talents, and personalities that He has given us – if we let Him.

I have found this to be true in my own life. The guys I dated before I began dating my husband were not all bad guys. In fact, most of them had many good qualities. We genuinely cared about each other and had fun together. But in each relationship there were things that didn’t feel quite right.

In some relationships, I found myself compromising some of my values to be more in line with that guy’s. In other relationships, I began to think that some of the things I had wanted in a husband were perhaps more wishful thinking than things that could actually be. Did those caring, sensitive, funny, godly men really exist?

For instance, one guy that I dated was a very nice guy. But although he said his faith was important to him, attending church and reading the Bible were not high on his priority list. I had to ask myself, “Is he really on the same page as me when it comes to my Christian faith?” “If we have children, will it be important to him that they are raised by godly principles and involved in church?” It turns out we were not in sync on these issues, and I decided to end the relationship.

Another guy was also an okay “match” in many ways. But I began to notice subtle patterns that bothered me. His job often seemed more important to him than our relationship, and he would repeatedly put friends or family before me. For someone whose “love language” is spending quality time together, that was a major issue. When friends began to point out other red flags about our relationship, I took some time to seriously seek God’s will on the matter.

I’d been struggling with making a decision about this particular relationship for at least a year. I truly wanted to do what I felt was God’s will, but I also really didn’t want to give up the relationship. It wasn’t until I was fully ready to obey God’s leading, that the answer came. Once I took my fingers out of my ears and agreed to truly hear what God had to say, His answer was quite clear. “No, this is not the one for you.” After that I made the difficult decision to break up with the guy.

Does it hurt to end a relationship? Of course it does. It’s not easy to break up with someone that you have grown close to. But I’m convinced it is much less hurtful than spending your life being miserable in a marriage.

After that relationship, I had come to the end of my dating rope. “I don’t want to fall in love with anyone else until it is ‘the right one,’” I told God. Since I had not done such a great job of choosing relationships on my own, I decided to let God choose the next one. I wouldn’t even consider dating again until I had sought His will about the person and the relationship.

It was after this that God began unfolding the events that led me to start dating Matt, the man that would become my husband. We had met in college and built a solid friendship through the years, but I had not considered him in a romantic way (although he repeatedly let me know that he was somewhat interested in me).

However, once I put God in charge of my love life, a funny thing happened. I began to see in Matt several of those “husband material traits” that I had been searching for with other guys. I ran down the partial list in my head and realized they were all there.

As I began to observe his life and how he interacted with others, as well as how wonderfully he always treated me, I decided that there could really be something here. As I prayed about it, I felt like God gave me permission to pursue it. Later on, when I prayed about the possibility of marriage, God answered that prayer clearly too. The rest is history. We dated for about 10 months before he proposed.

And now, after nearly four years of marriage I am so glad I followed God’s leading. It’s not that my husband and I never disagree, or that we do not get on each other’s nerves periodically, but married life is so much simpler when you know that this is the person that God led you to. With that in mind, we know God will see us through whatever difficulties we face in the future. And as I look back on past relationships, I can see why Matt and I are the best match compared to others we each dated.

Don’t get me wrong, you could probably make your current relationship work. I believe that there are any number of people that we each could marry and make it work – and even be happy. But I also believe that we will be happiest in marriage if we allow God to choose our mate for us. That doesn’t mean waiting for God to drop that person into your lap, or waiting for a flashing neon sign to blink over his or her head identifying that person as “the one.” Instead, it means taking each relationship to God and asking, “Where do You want this relationship to go?”

And the next step is just as important, are you truly willing to abide by God’s answer?

If God’s will is for you to be married, then I believe He wants you to have the best marriage possible. You deserve someone who will appreciate you for who God made you to be, encourage you to grow spiritually and embrace all that God has for you, and cherish you as a precious gift from your Heavenly Father. Don’t settle for less than that.

The question I’ve posed to my friends lately, and the one I would ask of all Christian singles, is this: Are you willing to wait for God’s best or are you simply settling for all the rest?