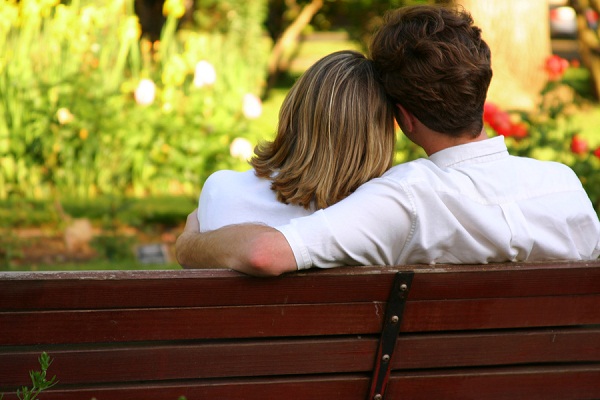 My name is Carrie and 13 years ago on the heel of a failed marriage I was set up on a blind date with a gentleman named Hal. I thought for sure nothing would come of it since he was younger then me and I was divorced with a child. Eventually we began dating seriously and after two years and having a son together I finally gave in to his request to spend the rest of our lives together! The first three years of marriage were so perfect, we had such a wonderful life together and he was an amazing father to not only our son but also my daughter who he was raising as his own. We even expanded our little family by having our third child Abby. Shortly after Abby’s first birthday life took a drastic turn. Hal’s job has him on the road for months at a time and one morning while he was out of state I woke to find our precious daughter was paralyzed from the neck down. After being rushed to the hospital and several tests we were told that Abby had what was called Transverse Myelitis and might not ever walk again. Needless to say we both hit our knees and began to pray for our little girl. While going through this we found out that I was expecting again. Sadly due to the stress we were dealing with I miscarried. Abby slowly began to recover and two months after being in the hospital she was able to regain some mobility and go home. TM is a lot like MS and is an on going battle of recovery. Soon we were expecting again and I was very torn as we were not ready for another baby while struggling with Abby’s disability. But God had other plans for us and I gave birth to a most beautiful healthy baby boy. I thought God had really gotten us through the worst storm and life would be at least a little smoother. Unfortunately that was not to be. 13 months after having our son while Hal was once again out of state our world was rocked to its core and our faith in God shattered. I had to take our older three children somewhere and since the 13 month old was just recovering from being sick I got a sitter to watch him. I was gone from our home a total of thirty seven minuets when my sweet baby climbed into the bathtub, turned it on and drowned while being left unattended for a nap. My world was shattered. As I waited for my husband to get home I just knew that he would blame me and divorce me. I was so angry at God, hadn’t we been through enough with a life changing illness with our daughter. Now he took our baby and to make it worse the one who was supposed to be watching him was my brother.

Hal got home and we buried our son and with him, our faith in God. We still had so much to do to care for Abby and our other two children and there just seemed to be no room for grief. Hal began working on the road even more and while we didn’t have the typical marital problems with the fighting and yelling we seemed to just drift further and further apart. We never talked about divorce but maybe that was because we were hardly together anyway. When he was home it was like we just went through the motions of marriage.

We may have been through with God but he surely wasn’t through with us. Less than a year after our son passed I found out I was pregnant again. I was so angry. I didn’t want another baby, how could I want another child to replace the short memory I had of my lost angel. Things went from bad to worse between my husband and I. He wouldn’t even mention our son’s name and began drinking heavily and we fought all the time. When I was seven months pregnant I finally couldn’t take it anymore. Hal was headed to Texas where he would work until the baby was born and I laid it out for him. He needed to change or he wasn’t welcome to come home. I knew he blamed me for our son’s death and wanted him to come out and tell me he did!

He left and I decided to go to some counseling on my own. I thought I needed help but deep down what I really wanted was a stranger I could vent to on how horrible my husband and God were. Needless to say counseling wasn’t effective and didn’t last long. In the mean time Hal began working on himself and his drinking and little by little we began to build a very unstable bridge back to each other. He came home in time for the birth of our fifth child, a son who I was giving no credit to God for. Even though I didn’t know my own heart, God did. Caiden was the first step in my healing. He was perfect and always such a happy baby. I didn’t let him out of my sight and refused to allow anyone to babysit him. God was not done with us though, Abby began to have set backs and had to have several brain surgeries. I refused to rely on God during it, he didn’t save my son why would he save my daughter. I put my faith in the doctors instead of God. But thankfully God’s love for us is stronger then our stubbornness.

While our marriage was better it was still lacking. Like the bridge we built wasn’t finished. Hal was the first to really go back to church. While I had continued to go to church through all of this I was just an empty shell sitting in the pew once a week. Slowly God began chip away at the walls we had built and Hal and I began to actually talk. Since his death I was certain that Hal blamed me for not taking our son with me that day. Turns out he blamed himself for always being gone and putting the responsibility of raising the kids solely on my shoulders. I think I blamed myself when no one else ever did. We began to really let God back into our lives and finally five years after our son passed away our Marriage is stronger and better then it ever has been before! Hal still travels a lot but every time my phone rings or I get a text from him I get butterflies. When I pick him up from the airport I am sure I sound just like a giddy school girl only now there are four squealing kiddos rushing him as well.

We pray together as a family which we had never done before and we open our eyes to the beauty of The Lord. I look back now at when I found out that I was pregnant so soon after loosing Landon and I am so grateful that God knew what he was doing! Caiden I believe was hand picked by God with some help of a very special little angel boy! The thing that makes Caiden stand out from his four siblings is he is the funniest kid you will ever meet and even at three keeps all of us laughing everyday. God knew just what a special miracle it would take to make that first crack even if I didn’t.

We are still a work in progress, on Christmas Eve Hal spoke to my brother for the first time in five years. He told him that hate no longer had a place in his heart and while it was still a work in progress that God was in charge and it was all in his time. Six months ago if you would have asked me if something like this would happen I would have told you that I thought you were crazy. I would have said if they were alone it wouldn’t be words that were exchanged. But God is in charge not us, we just need to be open to his grace.

We will be married ten years this coming August. And I can promise you if we had not only let God back into our lives but also our marriage we would not have made it past those dark days. By putting God first and our marriage second everything else has fallen into place. Our children are happier and doing better than ever and our love is stronger than I could have ever imagined!