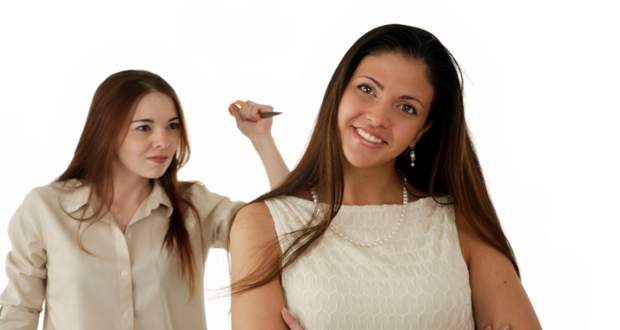 I had a roller coaster ride that almost drove me out of my wits two years ago.  I transformed into the monster that I did not know existed.  I felt anger so intense it almost consumed me.  At one point, I really think it did.  I made wrong decisions, spoke words of contempt, cursed a couple of people (and myself), stayed up late thinking, plotting, and lashing myself with an invisible whip until I was left exhausted physically, emotionally and spiritually.  It was a nightmare.  I was murdered emotionally and I started becoming a criminal myself by punishing the other person and trying to make him pay for the wrong he has done me.

I would wake up in the wee hours of the morning with a very heavy feeling. I did not mind what other people would say or think or feel. I just know that I was angry.  Because I was abused.  I was betrayed.  I was disrespected in the worst way I can think of.  Even in my wildest dreams, I never expected it to happen.  I never thought it would be possible. It was as though something’s blocking the sun from shining on me.  It was a dark, dark time.  It felt like I was walking in the valley of shadow of death, literally.  I thought the long, empty and cold tunnel will never end.  Not a glimpse of light can be seen.  No flicker of hope whatsoever.

I had an invisible heavy metal dangling around my neck.  I could not eat.  I could not sleep well.  I could not even think straight.  I was running on autopilot. Every day for the longest time, I felt like a zombie.

I thought it would be easy for a Christian like me to forgive.  I thought, after reading books and listening to teachings about living a beautiful life, finding joy, staying positive and forgiving, I would be an expert.  That accepting an apology would be as easy as switching the light on.  I was very wrong. No matter how much I try, I was blinded by anger.  I was irrational.  I would not listen to reason no matter what.  No one could stop me when I started unleashing my fury.  I can barely recognize myself.

Anger is like medicine.  When used before its expiration date, it is healthy.  It can heal. Because anger allows you to restore your dignity.  It is the start of the healing process.  He said that if the pain is so deep, you do not forgive right away.  But if you hold anger in your heart longer than necessary, it becomes poison.  To have an unforgiving attitude is a misery.

Forgiveness, I’ve realized is a gift to yourself.  Rivers of blessings will start flowing once you release anger and start forgiving.

To find forgiveness, you must go to the root of forgiveness.  Our inability to forgive others is due to our inability to forgive ourselves.  This one really hit me like an invisible giant hammer slammed on my head.  The reason why I found it hard to forgive was because I could not help but put the blame on myself.  I feared for what is next after I have forgiven.  I thought I was making things easier for my offender.  I thought it would be unjust in my part.  I was forcing this other person to pay me back for the dreams that were lost.  For the energy I spent.  I did not know that only God can pay me.  Only God can give me back what I lost, more than what was stolen from me.

I was not able to give mercy because I refused to receive God’s mercy for me.  I was drinking poison and waiting for the other person to die.

I tried so hard to find God in that situation.  It was like searching the sky for the sun when it is still dark.  It felt like fighting knowing that you will lose in the end.  His silence was deafening. I felt abandoned once more.

But He did hear my cries.  He was just there, holding my hand in silence.  Watching me sleep and comforting me.  The process was difficult.  Sometimes, it seems impossible. But I always remind myself that I worship the God of the impossible.  He is limitless.  He is just and merciful. All I need is to receive His healing mercy so that I can be healed and be able give mercy to others.

I gave my all to God, anger and wounds, hatred and unforgiveness.  Only then was I able to forgive myself and my offender.

My journey towards forgiveness was long and endless it seemed. By God’s grace I survived it.