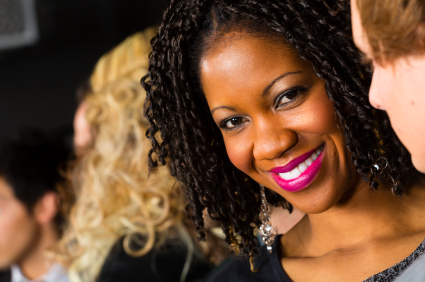 Jesus healed a woman that had been bleeding for 12 years. This consistent bleeding was considered “unclean” in her community.

As Jesus walked through the town to go and heal a young girl, the bleeding woman touched the hem of Jesus’ garment. When Jesus turned and saw the woman, He simply explained to her that by her faith, she was healed.

It’s amazing that just by her reaching out in faith resulted in her being healed of 12 years’ worth of bleeding, shame, embarrassment, rejection, scrutiny, and who knows what other struggles she faced.

All it takes is a little bit of faith and God can make the impossible, possible.

For many years I, too, struggled with pain. Not physical pain, but more mental and emotional pain. I guess I was trying to fill voids that I just did not know how or if they could be filled. I was  lost.

For as long as I can remember I’ve always been shy, didn’t keep a lot of friends, loved my privacy and wasn’t really a sociable person. My longing to fill those mysterious voids in my life led me to, what I now see as, a road of self-destruction.

As a teenager, once I found that boys were attracted to me, I immediately thought I found a way to fill those voids of wanting to be wanted. I don’t know what it was about the opposite sex being attracted to me, but I know I enjoyed it.

My parents were strict, so of course that meant everything had to be secretive. I guess the rebellion was exciting, too.

Eventually, this became a pattern for me. Saying “no” became harder because I didn’t know any better.

I felt emptier than before, because those guys I invited in my most personal space left with my purity, my youth, my dignity, pieces of my already broken heart, and left me even more confused and hurt than ever.

My promiscuity and rebellion led to trust issues, heartbreak, brick walls that I built up around the surviving pieces of my heart,  indecision, shame, guilt, fear, and unworthiness.

In life we all get to a point where we just want a change. We get tired of doing things the same way, and getting the same results. I know I was. I was tired of carrying the same baggage that weighed me down for so long. So I began to find ways to “change.”

I picked up a few “self-help” books, and did some internet research on self-improvement. The words in those books made me feel good, but I’m pretty sure it was the anti-depressants and anxiety medicine I was prescribed.

Soon after, the soul-searching/ self-repairing research led me to spiritual books, articles, pastors’ sermons, and the Bible. I began reading and praying.

I grew up in church, I knew who God was. But I have realized that to “know of God” and to “know God” are two different things. I began getting deeper into studying the Bible, and my prayers became a little bit stronger.

I remember my strongest prayer ever, I began to worship God then I cried from the deepest part of my broken soul asking God to help me. I asked him to make me new, to restore my joy, to have His way, to forgive me for bad decisions, to remove the pain I carried for so long and the anger that was created in the process. I cried for so long… I just wanted to start over.

That moment was the moment my life began to change for the better! God heard my cry. I asked, I received; I sought, I found Him; I knocked and He invited me in and taught me about His unconditional love.

I had just a small piece of faith to give, because I thought I lost it all. But I cried out to Him, and God soon began working in my life.

God has been so good to me, Jesus died for me, and the Holy Spirit is always here to guide me and intercede for me. God put it on my heart to share this story, this testimony… MY story, MY testimony.

I was afraid, but He kept reminding me that my past does not define who He has called me to be. God will take the pain of my past and use it to do His will (Genesis 50:20). He told me to not be ashamed to tell of His goodness (Romans 1:16).

If He Did It For Me, He Can Do The Same For You!

Our purpose on earth is to be servants of God, to honor and obey Him. He wants us to share His Word, and lead others to Him, by being witnesses of His Grace and Mercy.

Through Jesus Christ we have been forgiven and we can be made new if we believe that Jesus Christ is Lord and accept Him as our Savior (John 1: 12-13).

I know that I have changed because a lot of the things that used to interest me, don’t interest me; things that once made me sad, mad or angry, don’t bother me; and I can smile and it’s genuine. But I am human, I still mess up.

The difference is I’ve learned the importance of repentance. I will be honest, though, the change is not easy but I know that it is necessary.

I just remind myself that Jesus suffered way more than us to give us a chance of receiving eternal life despite our sinful nature, and that makes the struggle of change worth it.

This new life that I received is no longer self-centered; my life is all about God.

He just wants us to seek Him and have faith. He can make the impossible, possible.

God has the power to heal and restore you.