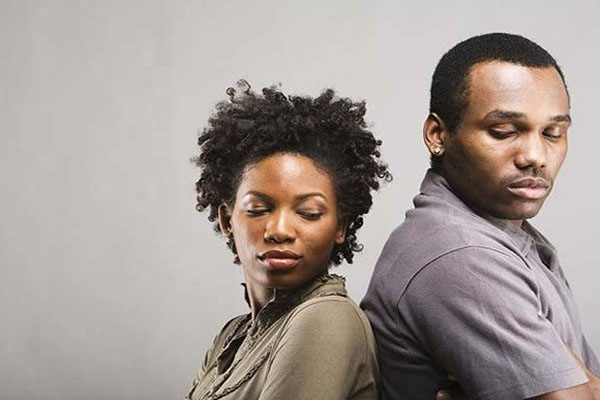 He is still encouraging me to look to Him, seek Him, His Kingdom and His righteousness, and ALL these things will be added to me. Please keep me in your prayers as I keep trusting God to answer me concerning my relationship with my boyfriend of 6yrs whom we have a son together.

We met in Baghdad while we were both working for the same company in 2009 and I remember praying one night at work crying to God that after we’d had a fight asking God to please not fix things for us if this man was not going to be TILL DEATH DO US APART.

If he was going to be a thing and not THE ONE, then I did not want us to get past the issue at that time. But God came through and fixed things for us. Though we still had some of the everyday issues, we knew how to get past them through prayer.

Remember then, I was not a woman of God as I am now, with a relationship (personal) with my God. But because of how I saw him pray and how he’d put everything before God, I loved it that he was a man who loved God and knew him personally. And that is where my change begun.

To make this short, in 2012 I had to leave Baghdad and come back home in Africa, to bear our son, being a second of for me and him too. We both have a child each from previous relationships. I knew that this man would never hurt me, cheat on me or put our relationship through hell because we’d made plans for our future and what we were going to do.

After having our baby in July things we still lovely until when He came to visit us in January or 2013 for approximately 26hrs, having been on vacation for 3 weeks, en-route back to work. It is while he was here and had left me his computer to us that I saw emails between him and this older American woman. I did not want to believe it but when I saw his Skype and unfortunately some pictures of him sleeping with this woman in the bed that was to be ours, I had no choice but believe and question him about it.

He confessed to having cheated on me with this woman and that he was sorry and he would stop things immediately.

I got this woman’s number and called her just to find out if she knew I existed and that our relationship was not just a by the way but something that had been going on and was going to the next level. She said she knew about me and the baby but that my boyfriend had told her we were not that close anymore. She promised to move aside and give us the chance to work on us but I guess those were just her words. She went back to Baghdad and they continued their affair.

This affair still goes on despite the fact that my boyfriend says she’s just a good friend and that they have nothing serious going on. The problem is what he tell her is completely the opposite and he tells me stuff too with apparently are lies about him and her.

I have prayed about it and asked God to reveal to me what direction I should take, I have let go and everytime I ask for a word from God, I receive the message DO NOT GIVE UP JUST YET. HOLD ON. GOD HEARS AND GOD IS WORKING THINGS OUT I JUST NEED TO BE PATIENT AND HAVE FAITH. KEEP HOPE ALIVE.

To be honest the situation is not changing and all I ask from God now is if this man is not meant for me, to remove the deep love I have for him as my man and keep it simple, love between a brother and sister who love Jesus. He should be coming to visit for 2 days and this older woman threatens to come with him.

I feel that as disrespectful of me considering I am still working on accepting how things have turned out and I am not yet at a point where I can be around both of together knowing that I still love him.

God can do much much more in a second than I can do for myself in a million years, all I ask is for Him to carry me through, to be at the center of my life, my kids and this whole mess.

He has done mighty and miraculous tings in the days before and til this day He still does answer prayers. I am at His mercy feet crying to Him. May He reveal to me His will for us for no other reason but to praise Him more and more. Amen